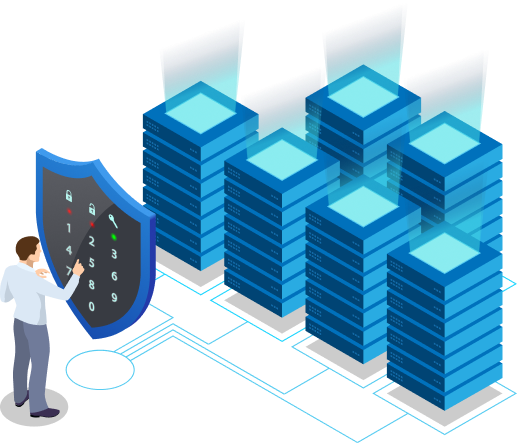 Web Application Firewalls (WAFs) defend websites from typical web application vulnerabilities such as SQL injection, cross-site scripting (XSS), and buffer overflows. A web application firewall protects you from hackers by sitting between your web server and the Internet. It became an indispensable tool in the armory of today’s digital security experts.

Difference between WAF and firewall

A firewall and a web application firewall (WAF) are critical components of information security. They both work to keep the network safe. These two approaches work in different ways. A WAF safeguards against malicious programs by inspecting HTTP requests, databases, and services. This process occurs on the backend, which means that code that analyzes HTTP interactions is installed in each web application. The system then looks for malicious queries that could harm critical systems. A UX layer in a control panel is used to decide whether or not to block them. WAFs are particularly beneficial for CMS platforms that host several databases, services, or even different websites, such as an e-commerce site.

On the other hand, Internal networks and the Internet are separated by a network firewall. There would be no protection for a company’s computers with public IP addresses if they didn’t exist. Companies may block or restrict network access with these firewalls, preventing hackers and hostile groups from gaining unwanted access.

The topic of where to put such a device comes frequently. Of course, there are a variety of options. WAF can be placed at several locations along the communication chain between a user and the intended application. WAF is used along with a system that handles load balancing and traffic optimization in the environment. By doing so, we can improve application utilization, performance, and reliability while also ensuring the security of data center applications, especially for publicly accessible applications.

A threat in today’s world

Almost every attack is now automated, and attackers use automated application scanners to detect potential flaws. Automated attacks are difficult to spot since they are sometimes designed as completely legal communications. CAPTCHA and related technologies are used to prevent such cyberattacks, but such verification measures become insufficient over time, compromising the experience of legitimate users.

About 80% of attacks targeted towards banking applications are from insiders. Core banking systems are not readily available software that may be downloaded and reverse engineered to identify security flaws. These programs are massive, including millions of lines of code, and complicated enough that people devote their entire lives to them. As with any extensive software application, size and complexity lead to many vulnerabilities. Finding flaws in this software is difficult and time-consuming, but not impossible. Consider the scenario in which your client (bank) has a third party do an external penetration test on your core banking application. An implementation partner who knows your core banking application inside and out. A dissatisfied primary banking software company employee knows the application’s flaws, which can be exploited to attack your bank. All the above are the threat actors a core banking application must protect against. The ground reality is that these applications are not resilient enough to protect against threats without additional defense. Now, this is where WAF comes into play as a defensive control.

A Web Application Firewall is merely a safeguard against the application’s security features and restrictions. The Web Application Firewall has its limits regarding the types of assaults it can defend the Core Banking Application form from. A configurable layer in a WAF will allow a business owner or vendor to produce custom signatures. As a result, rather than breaking the application or living with one that is vulnerable and potentially reveals personal data, a WAF enables the construction of specialized protection or dedicated signatures tailored to applications. This allows businesses to achieve excellent protection for their online applications without changing their functionality or worrying about updating them in a hurry.